How would you like to win an Xbox 360 prize pack with 2 games — Darksiders II and Batman: Arkham City? Yeah, we thought you’d like that! For your chance to win, enter below by 8/14. 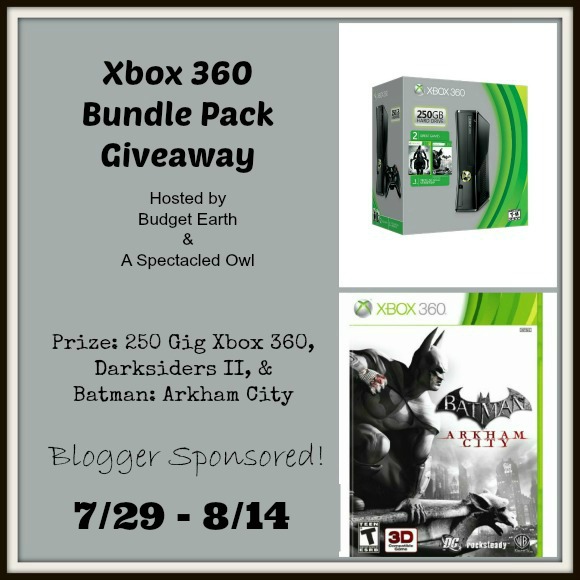 Our youngest son is a major Xbox fan. Because of Mattie’s love of our Xbox 360, we decided it would be fun to giveaway an Xbox 360 Prize Pack. Yeah, we know all the talk is on the Xbox One that will be out soon, but we figure one of the following scenarios will apply:

To enter to win this awesome system and two of the hottest games, read the rules below and then enter through the Rafflecopter!

Disclosure: Comic Con Family did not receive compensation for this giveaway. Facebook, Twitter, & Pinterest are in no way associated with this giveaway. Prize fulfillment and shipping will be handled by Budget Earth.

Would you like to have your products featured in a similar giveaway event? Want to increase your social media exposure before the holiday season? See how we can help! Contact [email protected] to see what we can do for your company!