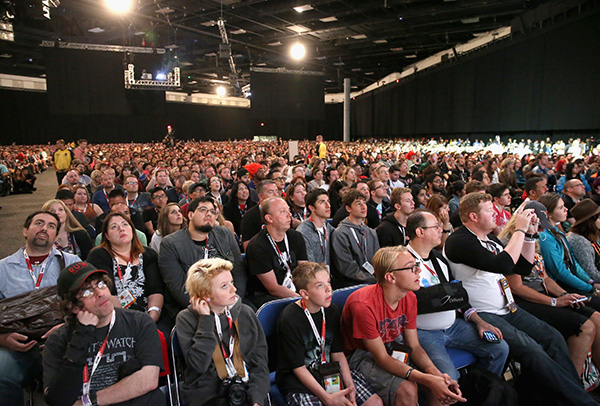 As usual for Hall H, the lines were enormously long. Fans started lining up hours and hours before the Hall H “wristbands” would be given out (a first come, first served wristband that guarantees that you’ll have a seat in Hall H). Fans who were lucky enough to get into Hall H, and who stayed until the Star Wars panel started, were treated to this special look behind-the-scenes of Star Wars: The Force Awakens. 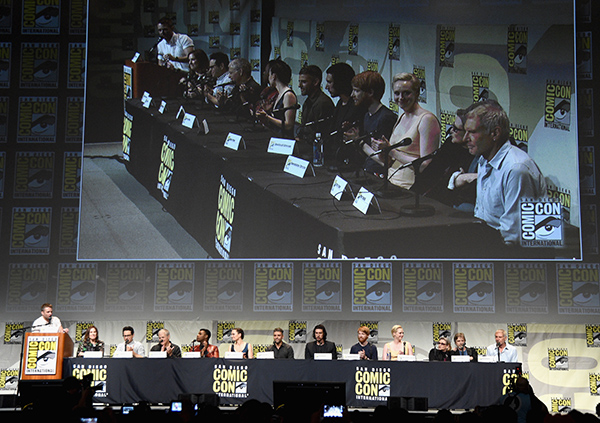 For Star Wars fans, being the same room with the stars, listening to them, seeing them in person, and seeing the special behind-the-scenes look, was more than enough.

But the excitement didn’t end there.

At the end of the Hall H presentation, the entire Hall H audience (which means more than 6,000 fans) were invited join the cast and filmmakers outside at the Embarcadero Marina Park South for a surprise Star Wars Fan Concert. The concert was by the San Diego Symphony, where they performed the classic Star Wars music from John Williams. 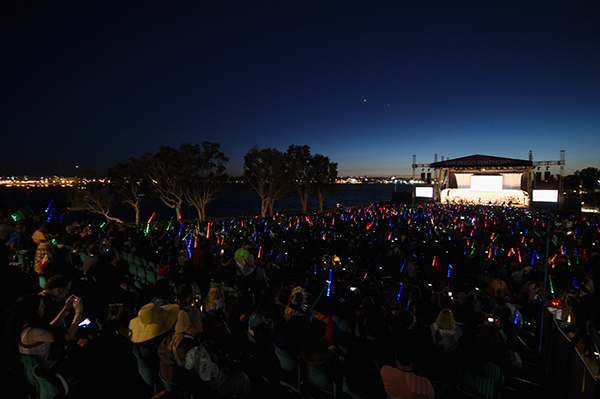 Talk about amazing. This was certainly the talk of the entire San Diego Comic-Con and I imagine it will be talked about for many years to come. Fans were even treated to light sabers and fireworks. 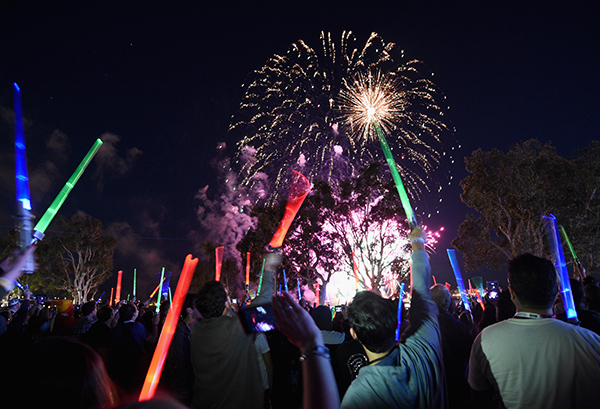