The Hilton San Diego Bayfront hotel wrap for Comic-Con 2017 is up and it’s from FX’s new show, LEGION! 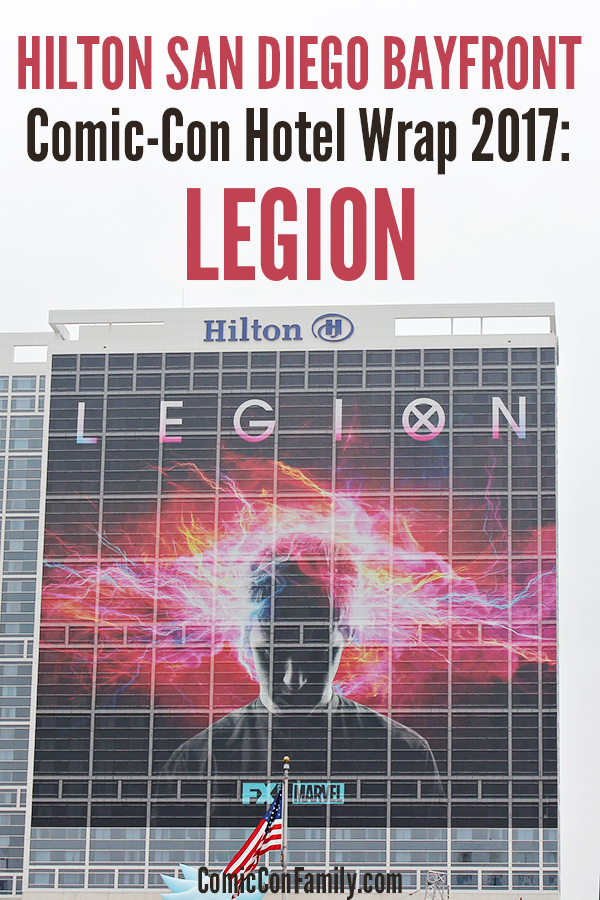 One of the fun things about arriving in San Diego early for San Diego Comic-Con is watching the show preparation. As you can imagine, there are massive amounts of prep work that goes into setting up everything for Comic-Con. Most of it, you can’t see unless you are actually working in the exhibit hall, but there is plenty of cool sightings around Downtown San Diego of the prep. 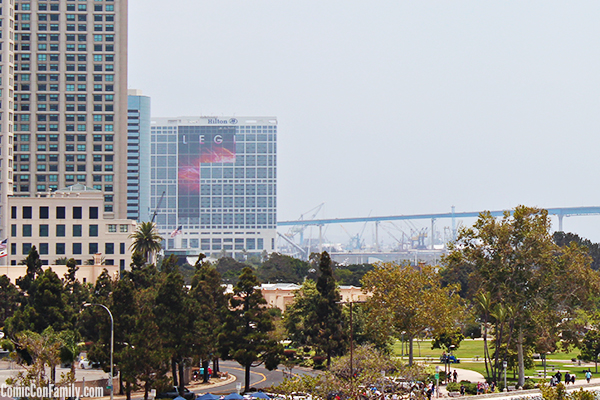 Well, for Comic-Con 2017 we now know! The Hilton San Diego Bayfront hotel wrap is Legion — which premiered in February on FX. The series is based on the Marvel X-Men character, Legion, whose alter ego is David Haller, played by Dan Stevens. 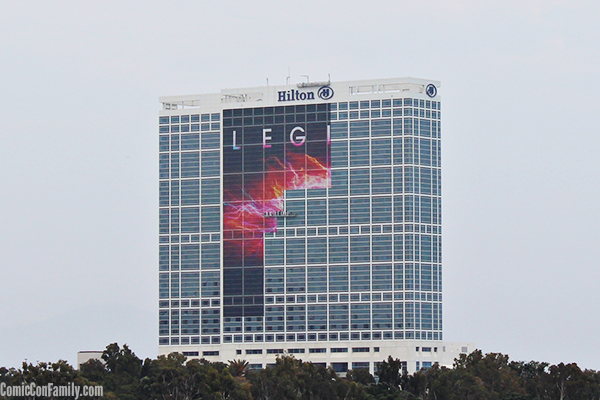 While enjoying our day around San Diego and taking the ferry over to Coronado Island, we were able to see the progression of the huge Legion wrap on the Hilton Bayfront. It quickly became clear that the display would feature a version of the colorful & electric mind explosion of David Haller, as seen in official Legion posters when the series first started. 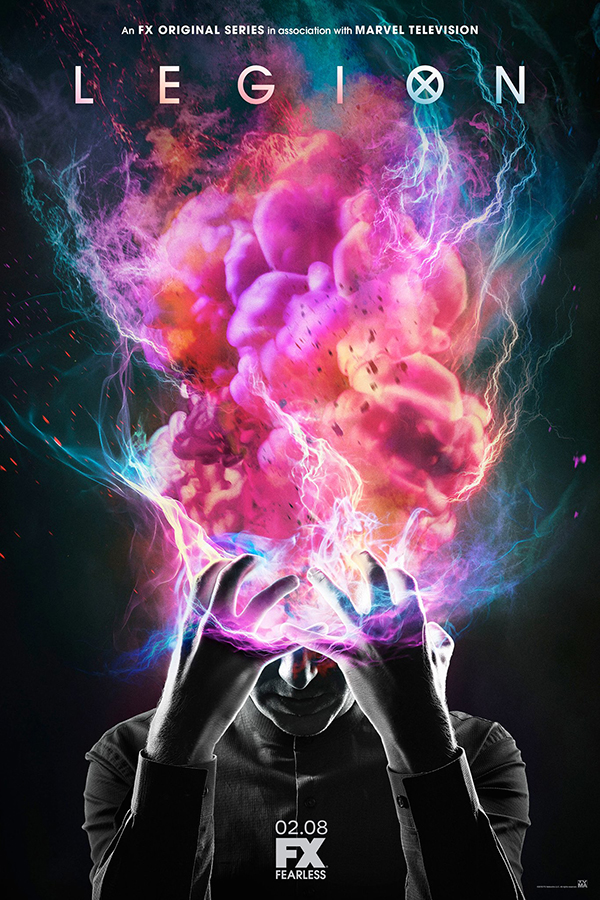 We’re not entirely sure how many days it takes to put this wrap up, but our best guess is 2-3 days. Whatever it is, it sure is fast! 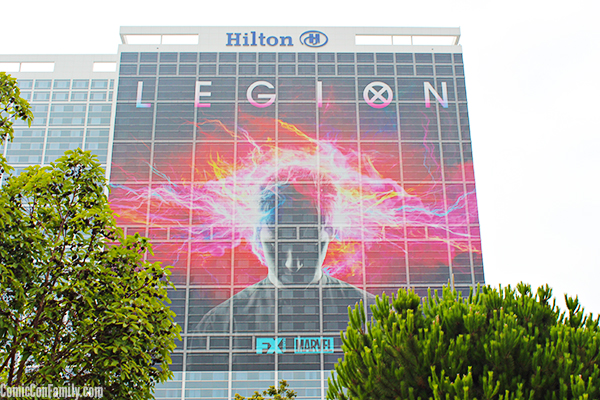